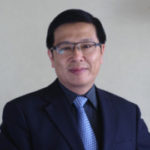 It’s only fitting that Kai Ming means “inspiration and enlightenment,” because under Jerry’s leadership the agency goes beyond breaking the cycle of poverty to reimagine early childhood education by leveraging technology at the organizational and classroom level, supporting parent empowerment through research-based initiatives, and addressing teacher shortages citywide through a substitute-teacher empowerment and placement program. On a broader early childhood education level, Kai Ming is now working with researchers to create an art-based, Chinese-English bilingual curriculum that will be shared across the United States.

Jerry has been active in early childhood care and education for 23 years. After earning his Ph.D. in early childhood education from Arizona State University, Jerry became an assistant professor at a university in his native Taiwan, where he and his students received a national award for their creative work. He served as the Resource and Referral Manager for Wu Yee Children’s Services in San Francisco before joining Kai Ming. He currently serves on the Citizens Advisory Committee of the San Francisco Mayor’s Office of Early Care & Education.

After ten years of expanding the agency’s programming and quadrupling its budget, Jerry is excited to gain the fresh perspective that comes from a sabbatical. “I want to read literature and philosophy, meditate, volunteer, and spend time with my kids and parents, who are both getting older too fast,” he says.  A leader who is beloved by his staff for fostering an organizational culture of respect, kindness and truthfulness, Jerry also sees the sabbatical as a first step in formalizing a group decision model for his leadership team. “I look forward to the next ten years, during which time I want to continue to invest deeply in kids and families.”