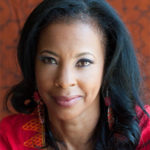 Regina Jackson has made it her life’s mission to support children’s futures. For over twenty years, she has led the East Oakland Youth Development Center (EOYDC), a national model for youth development. Through its character-based, youth-led programs, the organization has combatted hopelessness and empowered thousands of youth to seek and succeed in service-oriented careers.

Serving as a global leader for youth development, Regina is often called as a subject matter expert to deliver papers, workshops, and presentations both domestically and internationally. Recently, at the behest of Congresswoman Barbara Lee, Regina led two delegations of students to China in support of President Obama’s “My Brother’s Keeper” and “100,000 Strong” initiatives. Among the many awards Regina has received are the National Coalition for 100 Black Women Advocacy Award; the California Legislature’s Woman of the Year Award; and, early in 2015, the Oakland Citizen Humanitarian Award.

Regina’s future plans include replicating the model she’s built in Oakland in communities around the globe. Right now, “what I’m most excited about is the power, possibility and capability of my staff,” says Regina. “This sabbatical is an opportunity for them to emerge from my shadow to demonstrate what they can do. They’ll push forward the well-oiled machine we’ve built together. It’s a chance for them to shine. Sometimes you don’t know what you’re capable of until you have to. And as a leader, sometimes you don’t know how much you are in the way, or what ideas are stifled.”

For her sabbatical, Regina is planning extensive international travel, possibly including yoga and meditation retreats and mountain climbing. “All too often, leaders of community-based organizations don’t care for ourselves the way we do for our organization and our communities,” she notes. “I don’t know how much I know about how to relax, so I am looking forward to learning that.”