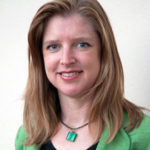 Emily Arnold-Fernández is the Founding President & CEO of Asylum Access, the world’s leading refugee human rights organization.  As a law student working with refugees in Egypt, Emily learned that millions of refugees who leave their homes to seek safety from war and persecution are denied basic human rights to live safely, move freely, work or attend school.  In fact, most of the world’s 21 million refugees spend nearly 20 years on average trapped in refugee camps.

Emily founded Asylum Access in 2005 to create a world where refugees and their children have the human rights needed to rebuild their lives.  Today, the result is awe-inspiring: Asylum Access provides legal assistance to nearly 25,000 refugees annually out of 17 offices in six countries, and has advocated for policies that have impacted more than one million people worldwide.

Emily is internationally recognized for her leadership, receiving many honors including the 2016 Equality and Nondiscrimination Award from Mexico’s National Council to Prevent Discrimination; Dalai Lama’s “Unsung Heroes of Compassion” distinction in 2009; and Social Entrepreneur in Residence at Stanford University in 2012.  Emily has been featured in numerous publications including the New York Times and Forbes.  She regularly advises the United Nations and World Bank, and serves on the Advisory Board of Oxford University’s Refugee Studies Centre.  She holds a J.D. from Georgetown University and a B.A. from Pomona College.

Taking Asylum Access from startup to international leader has been rewarding but all-consuming, leaving no room for the other creative activities that help fuel her.  During her sabbatical, Emily plans to spend time writing and begin singing and playing violin again.  She says “I hope that by re-engaging in creative pursuits during my sabbatical, I’ll create the momentum to stay more connected with my creative side.”

Emily knows that her capable leadership team is poised to take the reins – and shine – while she is on sabbatical.  And after her return, the team will be even stronger as they continue the work of expanding human rights around the world.