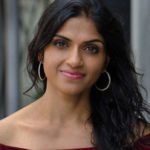 Saru Jayaraman is Co-Founder and Co-Director of Restaurant Opportunities Centers United (ROC United), an organization dedicated to improving wages and working conditions for our nation’s 12 million restaurant workers.  After 9/11, Saru was asked to set up a relief center for displaced workers from Windows on the World restaurant atop the World Trade Center.  As demand spread to low-wage restaurant workers across New York City and then the U.S., ROC United grew into a national organization in a dozen states representing more than 25,000 workers.  ROC United wins workplace justice campaigns, advances research and policy, partners with socially-responsible restaurants and launches cooperatively-owned restaurants.  Today, ROC United’s cutting-edge efforts are centered in the Bay Area, where Saru has been leading the organization for the past seven years.

Saru is a graduate of Yale Law School and the Harvard Kennedy School of Government. She serves as Director of the UC Berkeley Food Labor Research Center.  Among her many honors, Saru was named one of CNN’s 10 Visionary Women and a White House Champion of Change in 2014, and received the 2015 James Beard Foundation Leadership Award.  She is a regular guest on national shows including CNN with Soledad O’Brien, PBS with Bill Moyers, Melissa Harris-Perry’s MSNBC show, and Real Time with Bill Maher.  Saru authored the national bestseller Behind the Kitchen Door and her most recent book is Forked: A New Standard for American Dining.  You can read about her and the founding of ROC in the book The Accidental American, co-authored by ROC United co-founder Fekkak Mamdouh.

Saru grew up in Los Angeles with immigrant parents from India who struggled to make ends meet, giving her a deep and abiding passion for social justice.  Saru says, “I cannot imagine doing anything other than fighting for the rights of low-wage people of color in the United States.  The restaurant industry is the fastest growing but lowest paying sector of the U.S. economy.  This is where we can have an enormous impact on income inequality in this country.”

While Saru has seemingly endless energy and vision, she says “As part of ongoing leadership development, I am learning to acknowledge when I need to rest.”  During her sabbatical, Saru plans to travel to India with her husband and two young daughters to show them her parents’ homeland and teach her girls about their heritage.  Saru also plans to meditate in the spiritual centers of South Asia.

Her O2 sabbatical will allow the ROC United leadership team to step into new responsibilities, creating a more sustainable organization with shared management so Saru can help lead the Bay Area into the future as a national model for racial and income equality.