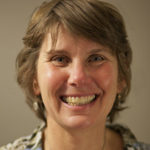 Erica Kisch is a leading Bay Area advocate for homeless and at-risk families. As Executive Director of Compass Family Services, she has grown the organization into a pillar of strength for San Francisco’s families most in need—supporting them with a continuum of services to achieve housing stability, family well-being, and self-sufficiency.

Erica has been with Compass Family Services for 21 years. She initially directed the agency’s Compass Family Center shelter for eight years, before becoming executive director in 2002. Previously, Erica founded the Homeless Children’s Network, which continues to provide clinical services and advocacy to San Francisco’s homeless children and their families. She has also been a Licensed Clinical Social Worker since 1993.

“While there are many paths I might have chosen, it never seemed like a choice to join the helping professions,” Erica says. “It was just what I needed to do, based on my belief that if there are others who are suffering, the thing to do is to be part of making things better.”

Erica is widely recognized as a thought leader in the field of family homelessness, and for her fierce dedication to her agency and the 5,000 parents and children they serve each year. “I strongly believe that safe and stable housing is a fundamental right, and I also understand there are many complex factors that contribute to a family’s housing crisis,” she says. “Many families have experienced so much trauma that, even once housing issues are resolved, stability is hard to achieve. That’s why we offer a full range of services to respond to their immediate needs, while also providing the tools needed to break the cycles of homelessness and poverty.”

Erica believes her time away on sabbatical will have a ripple effect for the organization. “I have no doubt that our leadership team will soar,” she says. “I’m eager to see our directors broaden their leadership skills even further in my absence.” Meanwhile, Erica plans to use this sabbatical to travel and spend time with her daughter. “I’m looking forward to helping her prepare for going off to college,” Erica says. “And maybe taking a few fun classes together. It’s something that both she and I will treasure.”