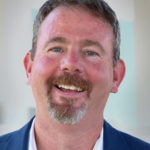 Doug Shoemaker is President of Mercy Housing California, an organization dedicated to creating healthy communities by developing and operating affordable housing, with supportive programs, for very low-income families, seniors and people with special needs.  To date, Mercy Housing California has developed more than 140 housing complexes in California, providing 11,000 homes to 22,000 people in need.

Doug’s career has focused on affordable housing and community development to lift up communities and low-income families, seniors and the homeless.  Doug previously served as Director of the San Francisco Mayor’s Office of Housing, leading various key initiatives including the launch of HOPE SF, a groundbreaking effort to revitalize five distressed public housing sites into mixed-income communities.  Prior to that, Doug was Deputy Director of the Non-Profit Housing Association of Northern California, where he coordinated Northern California efforts to pass Proposition 46, a $2.1 billion affordable housing bond passed by voters in 2002.  He has taught housing policy at UC Berkeley and began his career at the Mission Housing Development Corporation.

Doug has co-authored numerous reports including “Inclusionary Housing in California: 30 Years of Innovation.”  He serves on the Board of Governors for California Housing Consortium, and the Northern California Leadership Council for Enterprise Community Partners.  He has his B.A. from Duke University and M.A. in Latin American History from UC Berkeley.

After joining the organization in the midst of a national recession and foreclosure crisis, Doug brought stability to Mercy Housing California.  Now Doug says “I am looking forward to recharging my batteries and finding renewed joy and insight in the work of housing the most vulnerable in our communities.”  Doug plans to spend his sabbatical with his children and wife – who will also take time off from work – exposing the family to the rich culture of another country, particularly one where he can use his bilingual Spanish skills.  He is also excited to engage in creative pursuits such as writing a play or learning guitar.

While on sabbatical, Doug feels confident leaving the organization in the capable hands of his Leadership Committee.  Doug says, “I have been cultivating the leadership skills of my colleagues, and my sabbatical is a great opportunity for them too.”