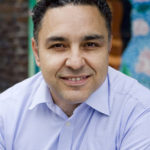 José Quiñonez is on a mission to create a fair financial marketplace for hardworking families. He founded Mission Asset Fund in 2007, and quickly built the organization into an award-winning nonprofit with an innovative nationwide model for integrating financially excluded, low-income communities into the financial mainstream. In 2014, Governor Brown enacted legislation recognizing Mission Asset Fund’s Lending Circles program, making California the first state to highlight credit building and lending circles as a force for good. José was appointed by the Director for the Consumer Financial Protection Bureau as the inaugural Chair of the Consumer Advisory Board. He’s a member of the Board of Directors for Credit Builders Alliance, Experian’s Consumer Advisory Council, and the California State Controller’s Financial Literacy Advisory Committee. José has been awarded an Ashoka Fellowship, and recently, Mission Asset Fund won a Community Leadership Award from the San Francisco Foundation.

For Mission Asset Fund, the sabbatical award is an opportunity to prove that the idea and the organization are bigger than any one person. “We’re going against the grain of conventional wisdom, and that’s never easy work,” says Quiñonez. “We’re challenging the traditional nonprofit business model, because we believe that low income people don’t need more financial education, they need better financial products, so they can build credit for how they are already managing their money. It’s not about literacy, it’s about legitimacy.”

“After many years of hardship early in my life, I am now in a privileged position of leading the Mission Asset Fund and creating innovative programs to help poor immigrant families integrate into the economic and social fabric of society,” says José. “We’re building an economy of respect, and that gives me great energy.” It’s also challenging work, particularly given Mission Asset Fund’s tremendous growth from a local organization into a national model. José plans to travel with his family during his sabbatical, immersing his children in a different cultural context. “This sabbatical will help me reflect, breathe and get ready for many more years of building financial fairness for hardworking families.”