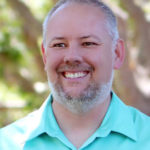 As CEO of Greenbelt Alliance, Jeremy Madsen is a leading force in the open space conservation and smart growth movements. Greenbelt Alliance shapes the rules that govern growth to protect the Bay Area’s open spaces from development and to ensure neighborhoods within our cities and towns are amazing places for everyone. He joined Greenbelt Alliance in 2001 as Field Director and became CEO in 2008.

Jeremy has held numerous leadership positions in support of social equity and sustainable growth. Early in his career, he coordinated fair trade campaigns for the Washington, DC-based Citizens Trade Campaign and ran get-out-the-vote efforts for candidate and ballot measures. Jeremy also spent time with The San Francisco Foundation, where he helped launch the Great Communities Collaborative.

Greenbelt Alliance has a big vision for the future. Long-term goals include fully protecting the Bay Area’s 3.6 million-acre greenbelt, directing all new development into already-urbanized areas, and ensuring that greenbelt protection and urban developments meet the needs of people across the socio-economic spectrum. It’s work that Jeremy is extremely passionate about.

“It is incredibly rewarding to know that, of all the areas in which I could have ended up working, I am engaged in a realm that is about nothing more than making the world better,” Jeremy says. “I’ve learned that achieving change is a marathon rather than a sprint. The fact that I am still inspired but also feeling tired makes me feel now is a perfect time for a break. I need to catch my breath, regroup, and get recharged.”

Jeremy’s time away on sabbatical will also provide a unique opportunity for his whole organization to grow. “In its 58-year history, Greenbelt Alliance has had only four executive leaders, all of whom have been seen as synonymous with the organization,” he says. “Yet our senior staff members are excellent leaders, and more than capable of taking charge. This time away will give them the chance to step forward.”

Jeremy’s plans for three months off are simple: cook, read, exercise and travel. “My family and I have long dreamed of a trip to Norway and France to visit old friends and—in Norway—connect with an ancestral home. A sabbatical is the perfect opportunity to take this trip.”