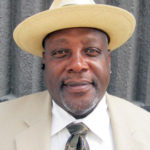 Dorsey Nunn, Executive Director of Legal Services for Prisoners with Children and Co-Founder of All of Us or None, is leading a movement to restore civil and human rights to millions of Americans who were once incarcerated, while speaking out for those still behind bars. Widely recognized for more than 35 years of work on prison reform and social justice, Dorsey has received numerous awards from leaders such as Congresswoman Nancy Pelosi and California State Senator Jackie Speier.

Since 2003, Dorsey has been at the forefront of the fight to help formerly incarcerated people speak and be heard in their own voices, transform their lives and communities, and fully participate in all aspects of society. He has been a major catalyst for the success of the “Ban the Box” campaign—a nationwide effort to eliminate requirements that job applicants check a box on their applications if they have a criminal record. To date, the box has been banned in 19 states, in over 100 cities and counties, and in some of the largest corporations in America. Most recently, President Obama signed an order to reduce potential discrimination against formerly incarcerated people in the federal government’s hiring process for employees.

“We knocked on the doors of our federal government with a solid track record of hard work and meaningful results,” Dorsey says. “Over 100 million people now live in a jurisdiction where the box has been banned in some form or another. It’s truly life changing for them.”

Dorsey’s personal and professional journey has been long and complex. Tried and convicted of crimes at age 19, Dorsey was sentenced to life in prison, paroled in 1981, and discharged from parole in 1984. “I do this work because I do not want to see another child saddled with the tragic life I had,” he says. “I do not want to see another adult looking back, grieving over lost years and broken families because of time spent in prison.”

Dorsey plans to spend time with family and take some fishing trips during his sabbatical. “In spite of the tremendous accomplishments over the past decade, or perhaps because of them, I find myself in need of a real break,” he says. “This sabbatical will give me a chance to take a deep breath in order to catch a second wind and enable me to bring fresh ideas to the table.”

He will also use the time to read and reflect on formative letters he exchanged with a friend while in prison. “I want this chance to look at who I was and who I have become.”